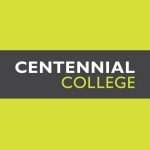 Over the past 50 years, Centennial College has transformed itself from a local community college to a worldly institution, with a presence in countries like China, India, South Korea and Brazil. Locally, Centennial offers industry-recognized full- and part-time programs at five Toronto campuses.  Its focus has always been on preparing graduates to enter the work force, while teaching students to be leaders. Centennial has worked to build lasting partnerships with local communities, while preparing its graduates to succeed globally.

Centennial College recognizes and affirms Diversity, Equity and Inclusion and Indigenous ways of knowing as central to the vibrancy and uniqueness of its learning and working academic mission. We strongly encourage applications from members of Indigenous communities and all equity-deserving groups including Women, Racialized, Persons with Disabilities, and LGBTQ+ communities.

We also recognize that Centennial is situated on the Treaty Lands of the Mississaugas of the Credit First Nation and pay tribute to their legacy as well as that of all First Peoples that have been and remain present here in Toronto. We recognize that First Peoples come from sovereign Nations and that part of understanding our responsibilities of residing on this territory are understanding the true history, circumstances and legacy of the Treaties signed here (such as the Toronto Purchase, Robinson-Huron Treaty and Williams Treaties) and including pre-contact Treaties and Agreements between sovereign Nations and that all peoples in this area are therefore Treaty people with obligations and responsibilities to all our relations.